What is wrong with the "Skeptical Science" blog?

The authors of the title blog, in this post and elsewhere, want to make the reader believe that science works in the same way as the parliamentary democracy, namely, that:
Thus, the authors follow the same paradigm of religious/political activism as the IPCC (the UN climate panel), working hard to overlook any reasons for the climate change other than the anthropogenic greenhouse gases, and therefore concluding that the greenhouse gases are the cause, and the humanity is to blame. Same as the IPCC, they dare call it "science" ...

Therefore, their approach to "proving" the Anthropogenic Global Warming (AGW) hypothesis is to invent arguments that are allegedly invoked by their opponents to disprove it, then, by refuting these arguments, they allegedly reaffirm the AGW dogma. Needless to say, none of these arguments, whether correct or erroneous, bear any relevance to the subject discussed, once we use the scientific approach ...

Now, science advances hypotheses, and tries to disprove them based on available experimental evidence, with a single piece of unexplained evidence sufficient to refute a hypothesis. Only those hypotheses that can survive experimental scrutiny make it to a theory. This approach is called the scientific method.

However, the AGW hypothesis has been refuted by experimental evidence, once and again. Therefore, pretending that nothing has changed, and that the IPCC climate reports still represent the current state of climatology as science, as opposed to religious/political activism, can only be described as non-scientific.

We therefore submit that "Sceptical Science" should be renamed "Dogmatic Faith".

_
Posted by Igor Khmelinskii at 7:13 PM No comments:

Yesterday we commented on this post in the NY Times environmental blog. The post in question describes carbon emissions associated with different kinds of food.

Our comment informed the readers that carbon (read "carbon dioxide") emissions are irrelevant for the environment and global warming / climate change, for the simple reason that the IPCC climate models are wrong - they have been refuted by the satellite measurements performed during the last 30 years. We also mentioned our scientific paper that has demonstrated all of the above, explaining that it fact our Earth is heading to a new Little Ice Age, caused by the upcoming Grand Solar Minimum, to be in full swing within 40 years.

The comments on this blog are moderated, with the policy being that "generally, comments will be published if they are on the point and not abusive". We trust that our comment is on the very point of the issue discussed in the blog post, as in fact there is no need to get stressed about carbon emissions, at all. Therefore, it should have been rejected based on the "abusive" clause. However, the real reason is a conflict of interests, as NY Times is publicizing "carbon investments", "green energy" and such like on the same blog, therefore exposing the IPCC climate fraud may reduce the NY Times earnings. Crime pays.

Follows the full text of our comment, submitted to the NY Times blog, for the benefit of the inquiring Reader.
Comment

Please be aware that carbon emissions due to any type of human activity are completely irrelevant for climate and environment.

Indeed, as we recently demonstrated in our paper "Climate Change Policies for the XXIst Century: Mechanisms, Predictions and Recommendations" (you can find the text if you Google for the entire title), nothing has ever been wrong with the climate, while the catastrophic predictions produced by the IPCC come from faulty climate models, time and again refuted by the results of satellite measurements made during the last 30 years.

In reality we are all going towards a new Little Ice Age, coming in full force within the next 40 years, and caused by the approaching Grand Solar Minimum, similar to the Maunder Minimum. Moreover, any and all climate change observed during the last 150 years has been caused by factors external to the climate system, such as changes in solar activity, and not by microscopic changes in atmospheric concentrations of carbon dioxide or any other human-dependent effect.

We therefore vehemently object to the usage of the word "science" with respect to the IPCC activities, which should be characterized as either political or religious activism, and should not be financed by the taxpayer money any longer.

_
Posted by Igor Khmelinskii at 2:49 AM No comments:

_
Posted by Igor Khmelinskii at 8:54 AM No comments: 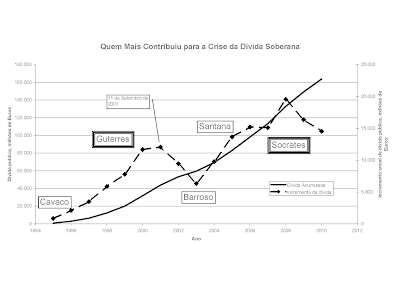 _
Posted by Igor Khmelinskii at 3:37 PM No comments:

Why should we respect faith?

The Importance of Being Sceptical

Where is the climate going: Solar activity prediction

Over 30 years ago, the current solar cycle had been predicted to be much weaker than the previous (Theodor Landscheidt ), and it is going to be weak. The next solar cycle will be still weaker. Our Sun is cooling down - we are on our way to a Grand Solar Minimum.

Please see the plot with "seasonal signals retained on their page - they have no permanent link to that plot. We expect the sea level to start dropping by 2020 (as of 2012/10/12).